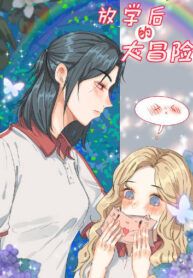 Afterschool Adventure Average 0 / 5 out of 0

She has a crush on her. So, she makes the first step and leaves her with a cute kiss. Except, they’re both clueless about each other’s intentions! GL with LGBTQ+ side characters as well!

NEW Picked up a Little Fox