Come On Out, Romeo 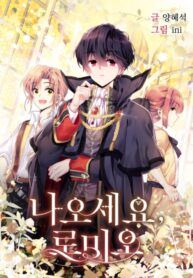 Come On Out Romeo Montague, a boy thrown into the attic with disgust after an accident five years ago. Although the world knew him as a boy unable to move due to serious afflicted illness, he lived a happy and fruitful life as a hermit in the attic. Only his cousin, Benvolio, and the housekeeper, Miriam knows the truth. But his peace breaks when Miriam’s brother, Abram, enters the mansion. “I’ll get you out of this room on your own feet!” “You don’t need to make such promise.” Romeo begins to solve Abram’s various troubles with a single determination to preserve peace in the attic. Meanwhile, an unexpected adversary appears in front of him half-heartedly.

Kissing at Her feet