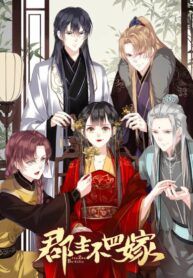 Yuan Xiang Wei was the County Princess of Duan Ning in her past life, although she was forced to marry four times, but she still considers herself to be modest and upright. It just had to be that after her death, all four of her ex-husbands became influential figures. She considers it to be her running into bad luck. After rebirth she finally made up her mind, what is femininity or female virtues? She wants the center positition to abuse the scums, and to surpass everything below the heavens! But she didn’t expect that all four of them were also reborn, and each of them all had one same wish ——in this life, she will only be mine!

The Queen Of Healing Doctors