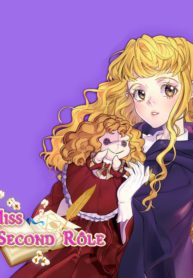 Hyejung loved to read to escape her daily stress. But that’s before she woke up inside the bizarre world of her favorite novel! Instead of the main heroine who courts three eligible men, she is now Latte Ectrie – a minor villain that everyone hates?! One way or another, it’s a chance to live out her most beloved storyline, with popcorn in hand to watch all the drama! Taking charge of the narrative takes on a whole new meaning!

Too Young To Be Yours