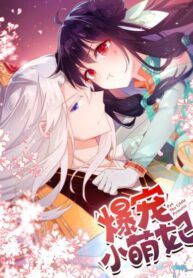 This is a story about: a female lead who transforms into a child after losing her virginity, her identity switches between an adult and a kid. With the crown prince who has a dual personality too, there’s equal parts love and bite.

I Am My Wife

Popular Deskmate is A Cat