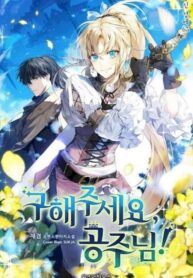 The spoiled princess sets out to save the kingdom! Along with her ex-boyfriend? Claudia, the spoiled princess of the Kingdom of Porto, lived a peaceful life. Her older brother was going to be king, while she going to marry a handsome prince. She had no doubt there were nothing but happy days as a woman waiting for her once she received a marriage proposal. However, on the night the marriage proposal was decided, the Demon King attacked and the castle exploded. Claudia, who was chosen by the guardian spirit as a heroine to save the kingdom from the danger, has become a ruined princess and is even dumped by her fiancé. In the end, she went on the journey to save the kingdom, but why do she had to go with her ex?!

Flirt With a Prince

You are My Woman!