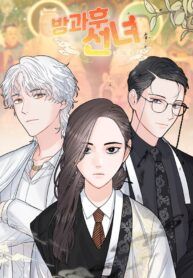 “Without human faith, we cannot exist.” Shin Seonnyeo was born with shaman power, but she refused to be a shaman. One day, two deities came and asked her to become a shaman. The deities offer to grant her a wish if they can regain their old power. Can Seonnyeo spend a peaceful life after school?

My Vampire Brother And Werewolf Boyfriend!

Daisy and the Prince