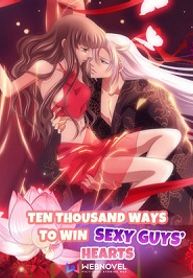 There’s a girl called Summer. She has social phobia and is allergic to men. As soon as being crashed by a car, she got one and only chance—the qualification to get the heart of superstar Donggong Shuiyue in a game?!

Living as the Tyrant’s Older Sister

AV Actor Is My Teacher