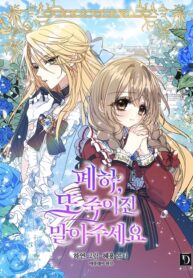 It was the end of a sunny summer day.
In the hands of the tyrant, father, mother, brother and my neck went under the guillotine.

And when I opened my eyes,
it was my 12th birthday.

Before the 13-year-old young Emperor became a brutal tyrant, I had to somehow become a god next to the man.

To live and to save my family, I have to be in the eyes of that tyrant who didn’t believe in humanity.

Only then I can live.

But that horrible monster is starting to change.

“I save what I lose in my hands. So don’t hurt yourself without my permission.”

Living with a Villainous Boss